Buckminster Fuller and Designing For the Benefit of Humanity

Buckminster Fuller is probably the most notable designer to commit himself to designing for the benefit of humanity.

Buckminster Fuller was one of the greatest comprehensive thinkers and the the creator of the term ‘Spaceship Earth‘.  An anticapatory Designer using informed intuition, as opposed to reacting to market needs. Designing proactively to solve and avoid the problems he thought humanity would face in the Future.

A misfit Fuller was expelled from Harvard twice and after a complex life of varied jobs as a mechanic, laborer, manager and inventor, going through bankruptcy and depression, in his early 30’s Fuller chose to embark on “an experiment, to find what a single individual could contribute to changing the world and benefiting all humanity”.

One of his philosophies being to create “a world that makes possible the good of humanity through good design, rather than the more traditional way of trying to educate people to be good”.

An early environmentalist, Buckminster Fuller was very aware of the finite resources which our planet has to offer, and was committed to “finding ways of doing more with less, to the end that all people everywhere can have more and more”, a principle that he termed “Ephemeralization”

Since Fuller most designers including myself have continued designing along a traditional linear process to solve immediate and short term seasonal consumer needs, with little emphasis over resources and on the long term implications of their designs such as environmental impact. Creating products that by polluting don’t really benefit humanity in the long term, nor in the short term when you consider that they are designed exclusively for only the richest 10% of the world’s consumers.

So what about the remaining 90% of the worlds population, what about Humanity? Not only does the ‘other 90%‘ get very little design consideration, but they will also suffer the consequences of the pollution created by the designs for the richest 10%.

The current reality is that designers are well paid professionals, hired by wealthy and successful brands operating in the richest 10% of the world. There are very few wealthy and successful brands operating in the poorer 90% of the world that have the resources and infrastructure to benefit that population, let alone ones that can afford to hire designers. But even if as designers we aren’t hired to design for the ‘other 90%‘, or if we don’t offer free or discounted design services to clients with lesser economic means, we can still try and reduce the environmental impact that the waste created from our designs has on the rest of the world’s population.

For more  on this design perspective visit Design for the Other 90%. 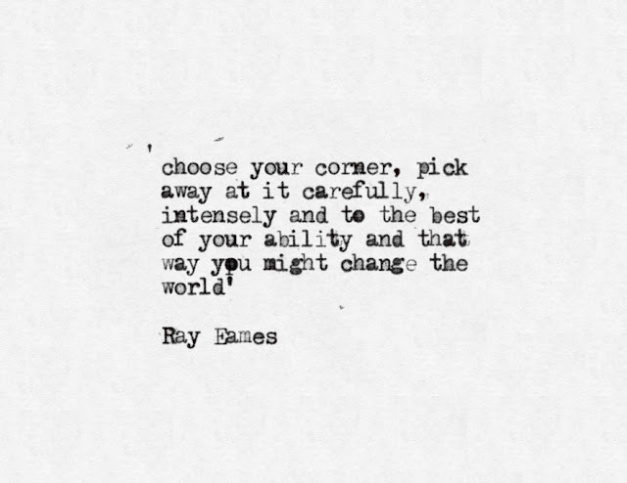 I recently came across other insights into designing for the benefit of humanity in Nipun Metha’s talk on Designing For Generosity.