Posted by Markus on April 24, 2012
Posted in: Art, Crafts, Design Theory, From and Surface. 2 Comments

Huichols are an indigenous group from central western Mexico. They are masters of an unusual and fascinating craft which involves creating very graphic beaded surfaces on bees wax covered animal sculptures.

Not only is the work of laying the beads incredibly precise, but few people know that even Huichol’s living in the remotest corners of the Sierra Madre work to the highest standards, using glass seed beads of only the best quality which are imported  from Jablonex Group in Jablonec, Czech Republic.

But most incredibly no Huichol craftsperson has any formal graphic training, and it’s surprising how their complex graphics and sophisticated understanding of colour get so little attention in today’s design culture.

What’s more, unfortunately what a Huichol craftsperson sells for a few dollars a graphic designer or artist in Europe or the USA would probably sell for a few thousand.

Huichol craftspeople recently started adapting their designs to suit the tastes of US and European consumers. Below are such designs that I think you’ll agree, would not look out of place in the showroom of a great French Jewelers or Fashion House. It’s humbling to know that such high quality work can be done in the strikingly different environment of small villages of the Sierra Madre. 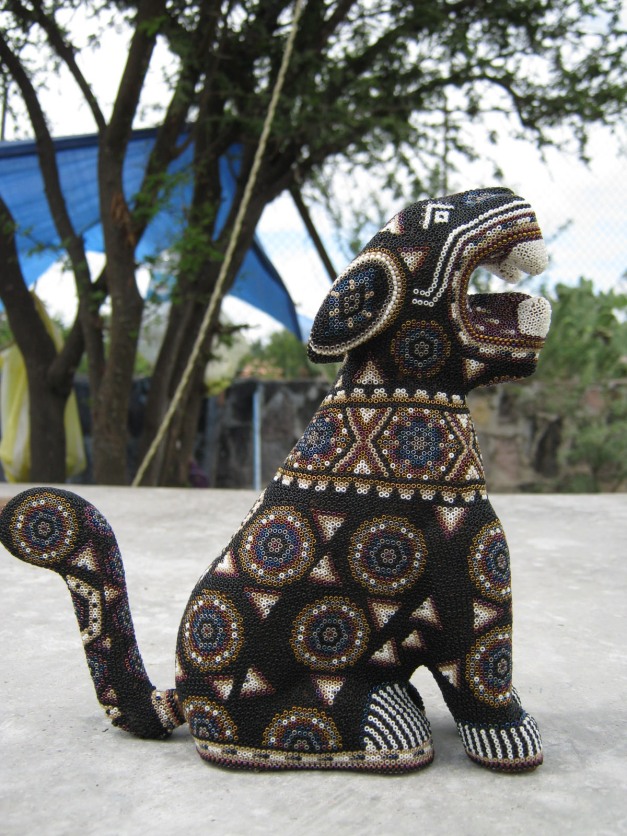 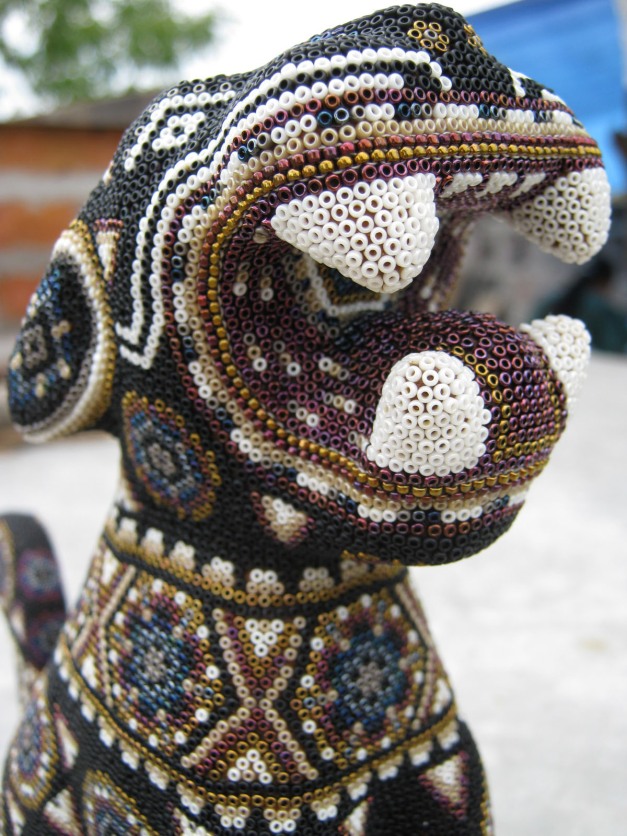 This photo shows how the wooden sculpture looks while the beads are being laid into the bee’s wax.

Besides the Huichol Beaded Sculptures that you can buy in Mexico, the Huichol graphic expression in the world is limited to a few Toy Art Collectibles such as the custom made Dunny, Munny and Bear qee 8 inch figurines. 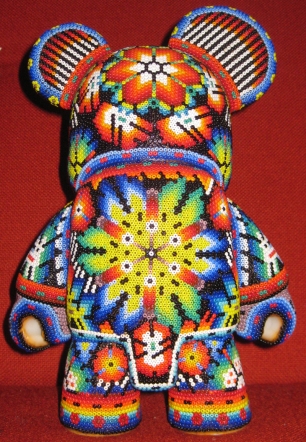 And some graphic imitations such as the Mexibeads shoes by Christian Louboutin. 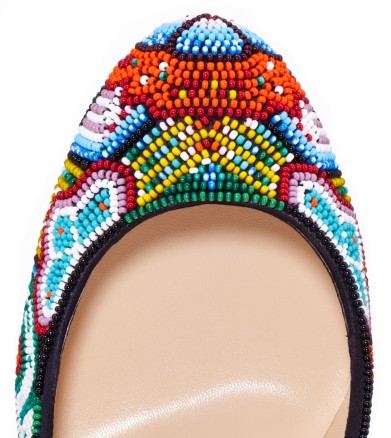 Unfortunately the Huichol remain uncredited, or unrewarded for inspiring and uplifting us with their art.

But what if the Huichol had industrial or graphic design training, specifically Adobe Illustrator training? They would possibly no longer be limited to making laborious souvenirs, they could design and print their art, distributing it globally via the internet and their artistic expression could reach countless more people than they do today.

For those reasons, to try and plant an industrial design seed, a few years a go I introduced Adobe Illustrator to a group of Huichol teenagers in the Sierra Madre of Jalisco, Mexico. Hopefully one day Huichol creativity and artistic expression will get the global recognition it deserves.