Posted by Markus on May 4, 2012
Posted in: Design Theory, Environmental Intelligence, Fashion, Footwear, From and Surface. Leave a comment

Over the recent years there has been an increase in fully injected footwear designs. EVA was traditionally used exclusively in the sports footwear market, but has now found a place in the the footwear fashion world. The trend that began with Crocs in 2004, was refined by brands like PUMA, Lofu, Terra Plana and LI-NING and has today been evolved by fashion brands like UNITED NUDE, Melissa, Native and SWIMS.

The LI-NING Runner, part of the F2 footwear line. 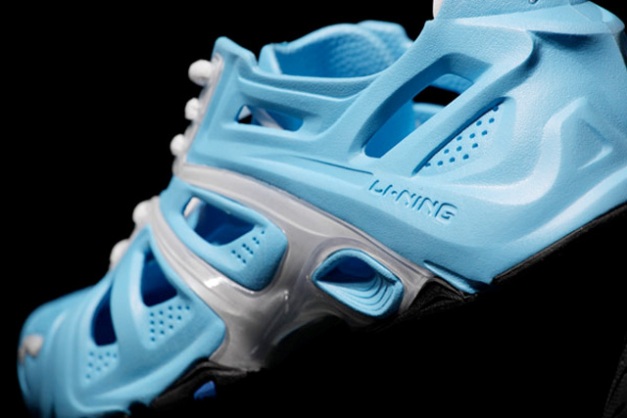 The VIVOBAREFOOT Ultra and the LOFU Cayman. 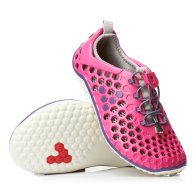 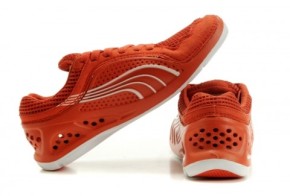 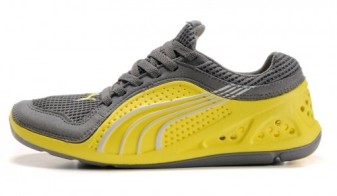 The benefits of injected footwear include lower production costs and if made from the same compound the product can be more easily recycled than conventional shoes.

Maximizing the use of bright colours and sculptural expression, injected footwear also adds a new design perspective to footwear design, a construction free approach based on form and colour.

United Nude began experimenting with form in their 2010 Lo Res experiments and it lead to the design of the Lo Res Heel injected shoe. From there more injected designs like the Mono Jane Wedge, the Mono Eamz and the Coral Ballet followed.

Making more than 50 million pairs of shoes in the past 25 years, Brazilian company Melissa is the market leader in women’s injected fashion footwear. Most of Melissa footwear is made from ‘Melflex’, a recyclable PVC which doesn’t use heavy metals.

Their motto is ‘Plastic Dreams’ and to communicate this they have done very well to create many shoe designs in collaborations with famous Artists, Designers and Architects. 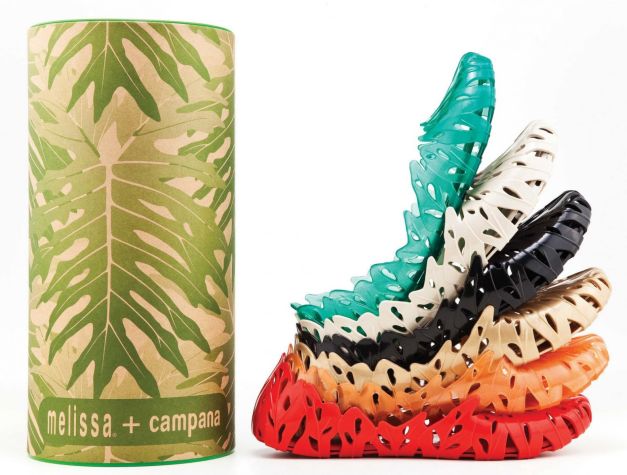 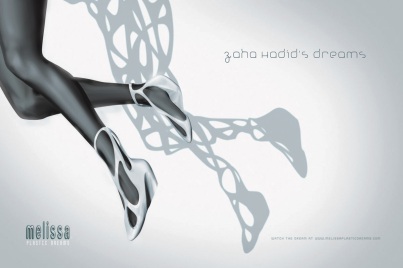 Melissa has recently entered the men’s footwear market with the M-Zero.

Native shoes from Vancouver, Canada have been making men’s injected EVA fashion footwear since 2009. Their motto ‘Keep it Lite’, they merge classic styles with the new EVA injected construction method.

The Jimmy Boot and on the right the Fitzsimmons. 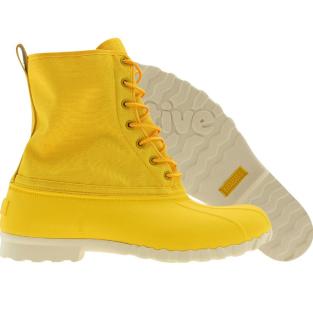 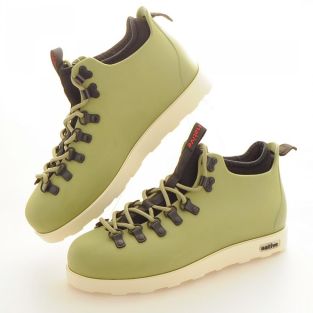 SWIMS started producing galoshes in rainy Norway and progressed to creating their own injected footwear line. 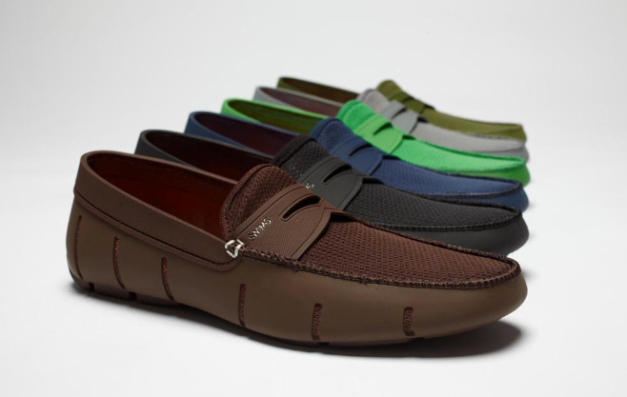