Posted by Markus on May 17, 2012
Posted in: Architecture, Crafts, Design Theory, Fashion, Footwear, From and Surface. Leave a comment

“If form is an idea made visible, organic form is perhaps the representation of the best idea; Nature”.

In an attempt to understand, reach, be identified with, or simply celebrate the paramount design excellence of nature; biomimicry and organic form languages are being increasingly explored by architectural, automotive and product designers.

Links to previous posts titled Structural Tessellations and Morphologies and Marc Fornes – “the whole can be greater than the sum of its parts”, show how the architectural community has been exploring this field and some of the fascinating concepts that are being created.

An interesting concept not covered on those posts is the PFFF – Inflatable Architecture Competition Second Prize, temporary structure Design from Florence, Italy.

In the automotive world, Mercedes Benz recently did a study on sculptural form for the 2011 North American International Detroit Auto Show. The Mercedes-Benz designs titled ‘Sculpture Aesthetics 125’ and ‘Aesthetics No. 2’ intended to provide insights into nature by imitating its natural form on various designs. 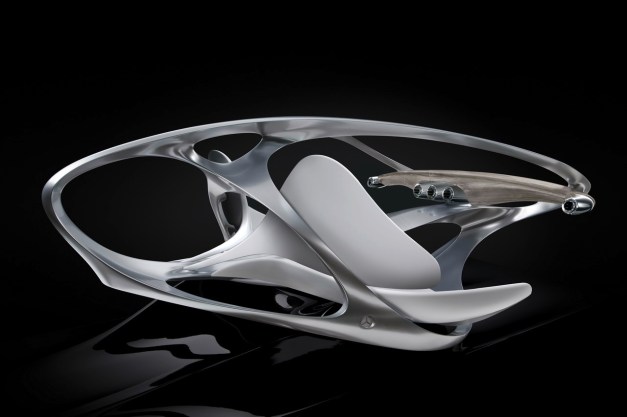 But the automotive industry has been looking to nature for a very long time, not just for styling inspiration but also for insights into advancing its engineering.

In 2004, using 3D soft kill optimization software that car manufacturers use to develop shapes for auto parts, Dutch designer Joris Laarman began exploring form and material in collaboration with Droog Design. The first prototype was made from paper using traditional rapid prototyping techniques which have since been superseded by Slective Laser Sintering. 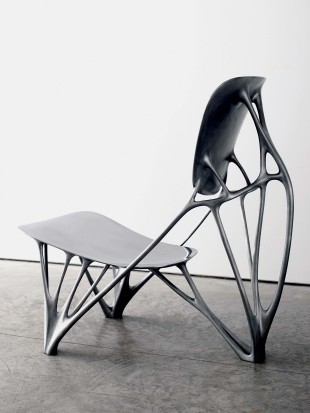 The “Bone” chair was designed using a new process which was being used by the German auto industry and in architecture. The process is essentially a computer program that uses an algorithm to translate the complexity, proportion and functionality of human bone and tree growth into any chosen form, in this case a chair.  The program creates thicker parts where strength is needed and thinner where it isn’t, optimizing material distribution, weight and stability, while reducing material quantity.

The “Bone” Armchair design in porcelain, marble powder and resin followed in 2008. 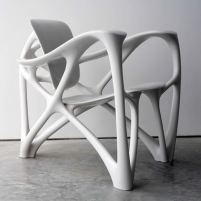 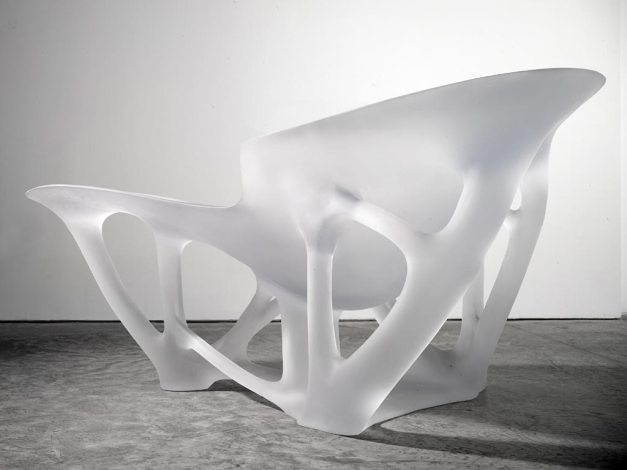 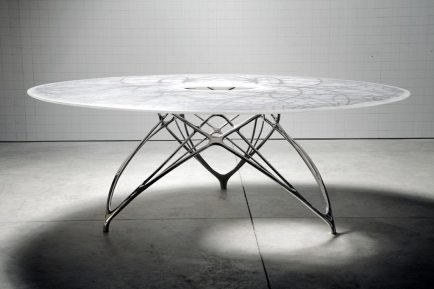 Footwear designer Victoria Spruce believes that the upper and heel should be thought about as one and that their shapes should evolve around the foot. Inspired by sculpture and a fluid continuous line her Spring/Summer 2012 footwear collection uses a very organic form language. 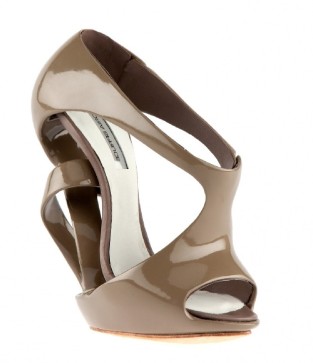 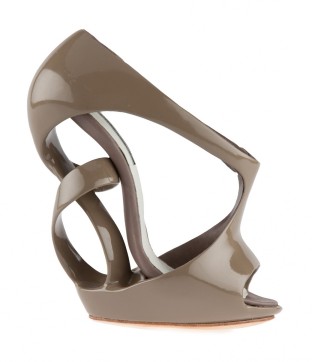 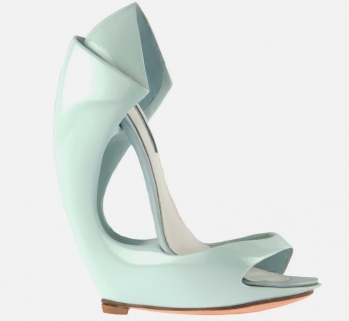 Experimenting with new ways to make shoes,  Victoria Spruce predicts that there will be big changes in footwear design and manufacturing. A glimpse of such changes is offered by the 3D printing techniques that Victoria Spruce uses to produce her organic heel designs.

The current interest, study and design of complex organic form has arguably acted as a catalyst to changes in production technologies.

Another good example of such a change in footwear design and manufacturing techniques can be found on the organic inspired Melonia Shoe, designed in 2010 by Fashion designer Naim Josefi and industrial designer Souzan Youssouf.

Made from polyamide, it was completely constructed using Selective Laser Sintering via a 3D printer. The new 3D printing process which allows the creation of forms too complex to mass produce using conventional industrial methods. Although some readers might debate over the design, I think everyone can agree that this creative process and it’s potential is unquestionable fascinating. 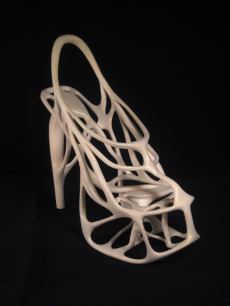 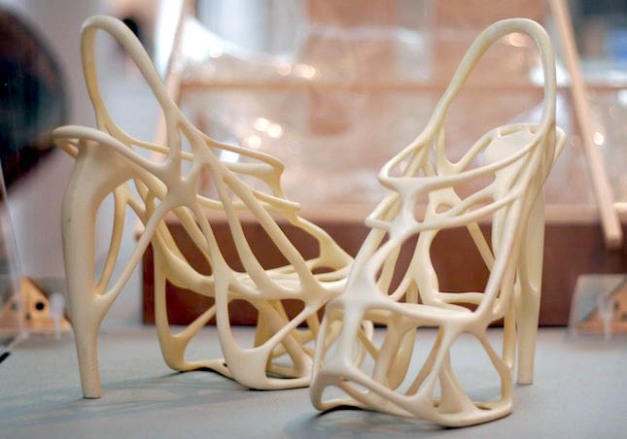 Consider if 3D printing were used to create performance footwear parts that exactly fit the consumers foot. For example by creating bespoke performance tuned components on athletic footwear. Parts such as cleats and insoles shaped to complement the users body type and their specific performance requirements.

In 2006 Prior 2 Lever introduced the first fully custom made football boot. After 3D scanning the consumers foot, the studded sole was 3D printed to the exact shape of the consumer’s foot using Selective Laser Sintering; providing the perfect fit and customized performance.

Here is a video which further explains the concept and the process.

If the increasing use of Makerbots is anything to go by the answer is sooner than we think.

Maybe one day instead of buying a finished product we will simply buy the digital data to make for example a pair of Melissa plastic sandals on our very own Makerbot. Or maybe retailers will use in-store advanced replicating machines to make footwear on site, eliminating the need for factories.

Makerbots and their evolutions could also create a new digital dimensions for product which will include open source participatory design processes, the creation of new high technology crafts, the use of the internet in footwear design and production and even digital footwear hacking.

With the development of new digital production and distribution methods the future will be an exciting time for designers.