Traditionally footwear parts have been cut from sheet material, foam, mesh or leather. The die-cutting process inherently creates off-cut waste. Think of the waste created making lasting boards, and uppers from over 30 different die cut parts. For every shoe made about 1/3 of its weight is created in factory waste. 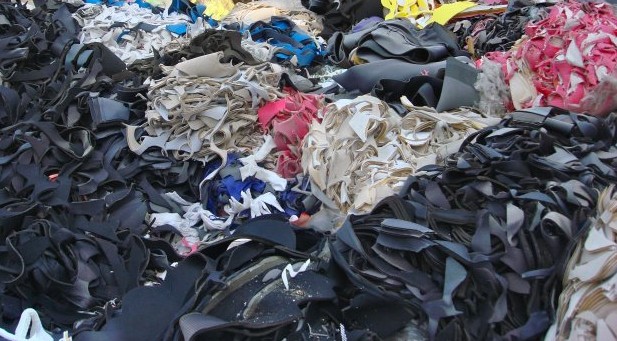 The use of molded parts has reduced some of that waste especially using injected footwear soles. But molded parts are not very soft nor breathable and haven’t successfully replaced the traditional athletic upper.

The new Nike Flyknit upper has the potential to make a massive step towards manufacturing waste reduction in footwear. One of the biggest innovations in footwear the Nike Flyknit upper is completely knitted from scratch to the specifications of the designer, tongue included. Nike calls this process “micro-level precision engineering”.

Essentially growing a part from nothing, this is also known as Additive Fabrication.

Enabling a machine to fully knit an upper means no cut-off waste and less labour. Creating the opportunity to produce sophisticated footwear regionally in the USA, Europe, or Japan and eliminate long distance shipping costs and the pollution it creates. Maybe even help reduce regional pollution using fibers made from say recycled PET bottles.

Flyknit was developed in 4 years, but how, who were the engineers with the knitting and machine knowledge and are there limits to complexity of the Flykit upper? Would those answers make an excellent book?

Whether knitting the upper, or 3D printing the sole, in-store or factory, with Additive Fabrication, the future of regionalized footwear manufacture is that much closer to becoming reality.

Cutting costs, reducing pollution and creating forms so complex and intricate they would be impossible to manufacture any other way. 3D printed Soles with complex ventilation channels, integrated air pockets, or internal cantilever structures for biomechanic cushioning are probably on their way.

“OK, SO YOU CAN CREATE ANYTHING, NOW WHAT?” – Scott Summit