In 1932 a 22 years old Robert Edison Fulton Jr. was visiting England on his way home to the USA from Vienna, where he had been studying architecture at a branch of the Bauhaus school. During a dinner with friends, Robert was boasting about how he was considering returning to the U.S by motorcycling eastwards around the world instead of sailing west as he had already done a dozen times before. Sitting at the same table was Kenton Redgrave owner of the Douglas Engineering Motorcycle Company who calling his bluff, offered to provide Robert with a free Douglas T.6 motorcycle especially built for the feat. 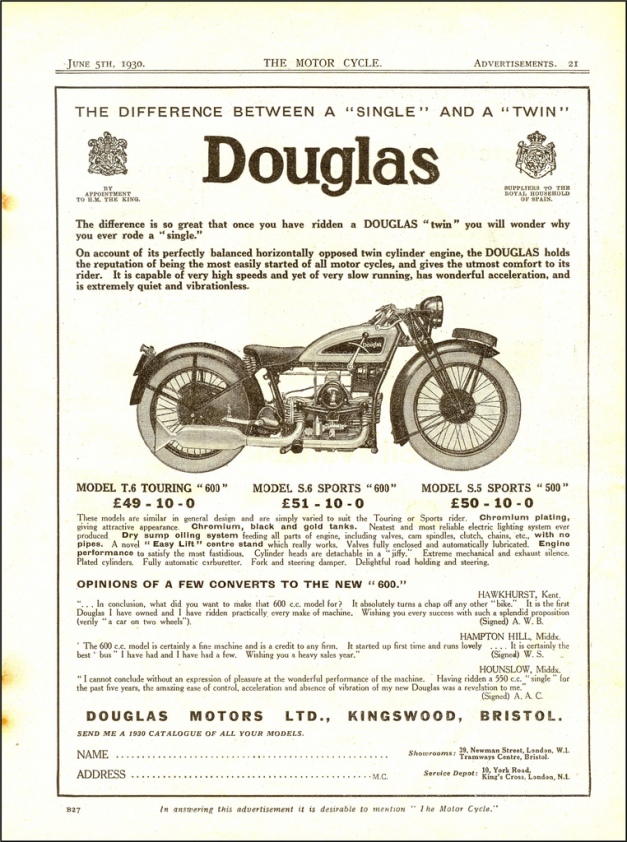 And so began Robert Edison Fulton Jr.’s 18 month long, 40,000 mile trip around the world, through 22 countries including Turkey, Syria, Iraq, Afghanistan and over the Himalayas on his Douglas T6 motorcycle. 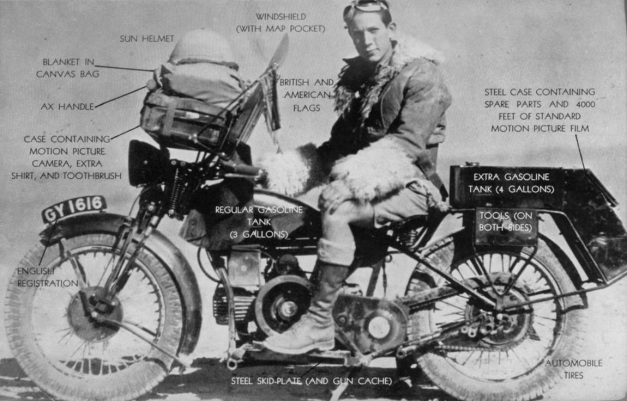 One Man Caravan is a fascinating book and diary about Robert Edison Fulton Jr.’s unusual and epic journey full of contrasts and challenge, on what today would be considered a very primitive vehicle. Well documented and full of photos it shows how much is possible with so little (sometimes not even a road), whether on a journey or in life. 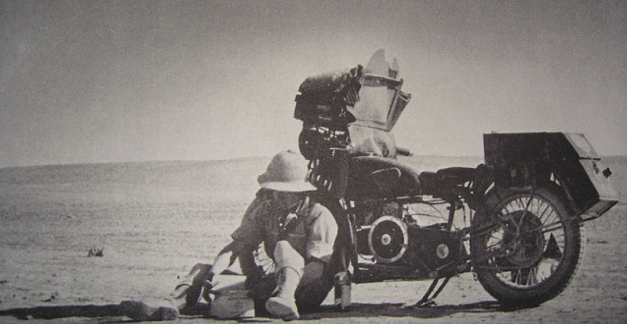 Below is the same bike without the modifications of Robert Edison Fulton Jr.’s motorcycle. 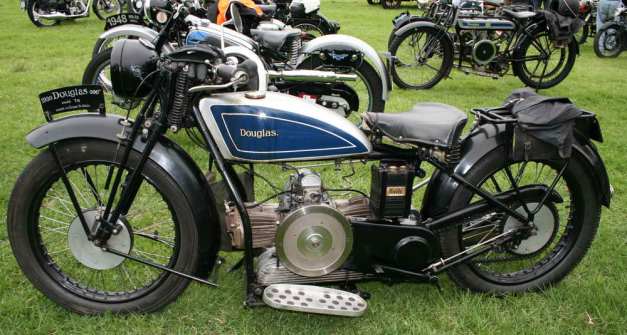 Reading One Man Caravan makes you realize how nowadays we can burden ourselves with preparations, gear and technology, when in reality we can do so much with so little. The most important thing we need is spirit.

“start where you are, use what you have, do what you can.” – Arthur Ashe 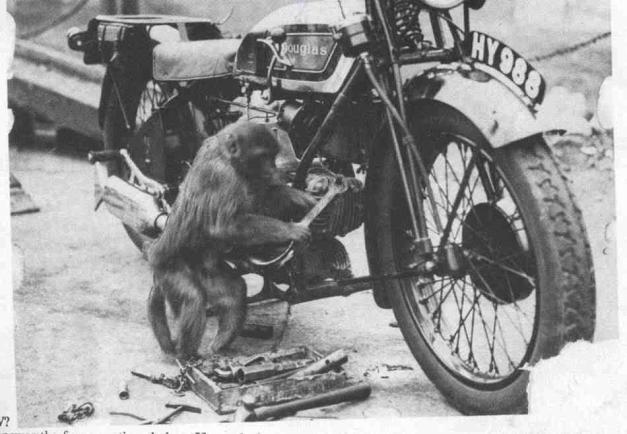 I stand corrected, there was an earlier successful round the world motorcycle trip done by Carl Stearns Clancy in 1912 over 100 years ago! 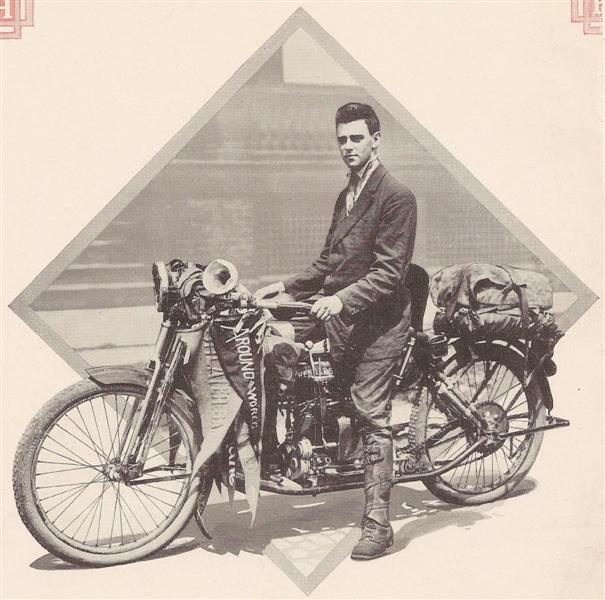 Thanks to the readers of www.advrider.com for pointing this interesting fact out and to  Dr. Gregory W. Frazier who wrote the book titled “Motorcycle Adventurer: Carl Stearns Clancy: First Motorcyclist To Ride Around The World 1912-1913”, thus preventing this incredible feat from becoming lost and forgotten to the world.

2 comments on “Robert Edison Fulton Jr. – The First Man to Motorcycle Solo Around the World – Edit”