The Roman Footwear of Vindolanda

Posted by Markus on March 20, 2013
Posted in: Crafts, Design Theory, Fashion, Footwear, From and Surface. 1 Comment

The Roman Fort of Vindolanda in Northern England has the largest collection of Roman leather anywhere. This includes more than 4000 preserved Roman leather shoes and sandals. Footwear that has survived over 1700 years and with surface designs that bear a striking resemblance to the latest athletic footwear.

Images Via http://vindolanda.csad.ox.ac.uk and Magnolia Box 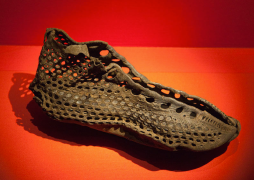 Images Via Steve Campbell of Scotimages

Good reproductions also exist like this one of the Calceus by Martin Moser and by Wayne Batchelor. 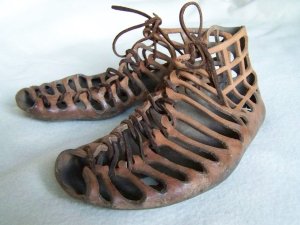 Images Via Sutor and Dishtwiner