The Objectification of Product and it’s Social, Environmental Threats – EDIT

I just saw this powerful video clip from the movie Samsara and what I think is an interesting design theory of Product Objectification stemmed from it.

While similar theories of Product Objectification may already exist, I wasn’t able to find anything online.

The more I think about it, the more Objectification strikes me as being at the root of most social and environmental damage in the human context; from war to pollution and arguably the biggest hurdle to a healthy and sustainable future. As such I would be interested in any observations readers may have on the subject, so please feel free to leave a comment below.

Please begin by watching this short clip about the food industry and animal objectification.

Not so long ago there was arguably much less animal objectification than in the video above. Native American hunters would show great awareness by thanking their dead prey for it’s precious meat. Yet today we process and consume our foods in a very different way, sometimes in a reflex of indulging frenzy and with little reflection (fast food that seems designed to be inhaled). A style of consumption reflecting a culture of impulse rather than one of reason.

Impulse which diminishes reason and the ability to consume responsibly.

The definition of social objectification is perceiving another human being as an object with no interest in their qualities that don’t benefit us. The most common example being the perception of women in a simplistic physical and aesthetic way, while having little interest in their emotions, thoughts and who they are. Interestingly social objectification is not limited to persons of the opposite sex, but it also happens between women comparing their “dolled up” looks and men their status symbols.

Why do we have such a tendency to see people and label things as simple stereotypes? And what hinders our ability to perceive people, animals and things holistically?

So while its considered bad to objectify another human being and sometimes animals, we never consider that we also objectify product; with our disregard for the origins of the materials its made from, the working conditions of who makes it and the environmental impact it has when we throw it away. And this brings me to the theory of Product Objectification. That intense impulse, that “got to have it” urge to use and consume something beautiful, or delicious at all costs and our failure to see beyond our emotions and personal benefit.

I understand that products are objects, so it would seem normal to objectify them, but our unconcern with their other qualities that don’t benefit us seems equally shortsighted and potentially irresponsible. A disregard for reality and for practically the entire world and the environment which surrounds us.

Because a product is not just an object that we use and we should see it as more than just the things we want from it. Before it comes into our life it has to made from various materials that have many different origins and when it leaves us it becomes waste and mostly a contaminant of the environment.

How many mining concessions for metals such as Coltan used in our electronic devices have helped finance dictatorships and the purchase of weapons to keep people poor and persecuted? People forcibly removed from their land and even killed so it can be mined? Or what about the working conditions of workers in factories that offer the lowest and most competitive prices so that consumers can buy the cheapest bargain product, or so that companies can make higher profits? What about the contamination from all the man made materials in the products that can’t be recycled effectively? What about the health of the workers in poor countries that melt all the heavy metals from our old and outdated electrical appliances, or the workers in chrome tanneries who have 20%-50% higher risk of cancer?

Just like people, every product is comprised of many more things than we chose to see. 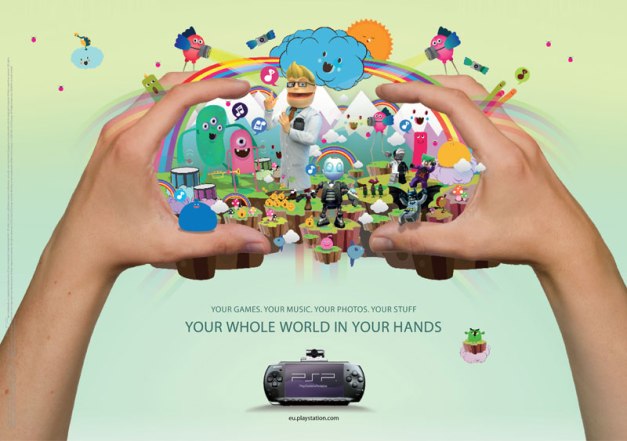 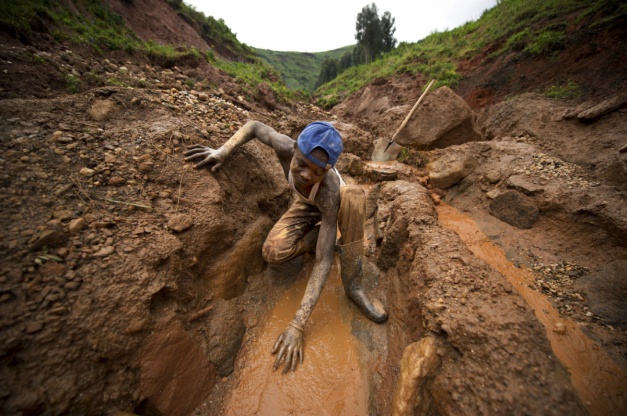 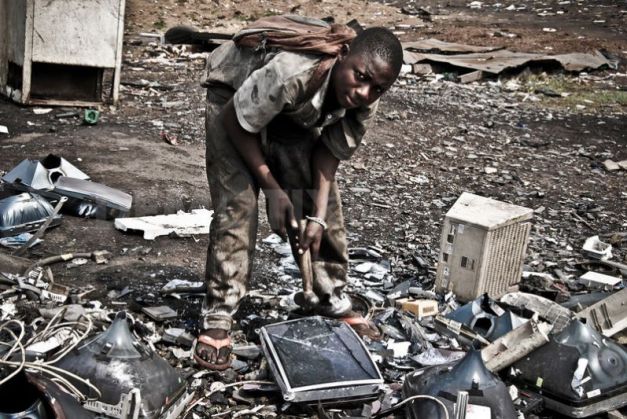 Without realizing it we objectify almost everything around us through our lack of interest and concern. Just to throw it out there, do you think anyone was bribed, or killed to obtain control of a Congolese Cotlan/Gold mine so that your state of the art smartphone could be made? Or tortured by gangs involved in the traffic of the drugs you just bought? Drug related violence that is essentially funded by ordinary and oblivious drug consumers.

But just how are we supposed to know any of these things that happen, so, so very far away?

Only 60 years ago this planet had twice as many trees, 90% more fish, 1 million more different plant and animal species and 1 billion fewer tons of plastic.  This dramatic change likely happened because nobody could see the long term consequences of their actions. Every tree, fish, parcel of land and plastic was seen as simply an object for our exclusive use and disposal. While the impact of this mindset is minimal if a few people live this way, today however there are 7 billion of us living on this floating rock we call earth, of which most have an increasing appetite for things to use and trade.

Technology without awareness, beauty without conscience.

If we are to sustain the growth so inherent to our culture, we need more product planning and a less casual attitude to our consumption. And now is probably the best time to begin having a better understanding and be selective of the products we design and buy before the damage becomes more serious and potentially spirals out of control.

100 years ago and for centuries prior, it was much easier to know where products were made, how and where they were disposed. Humans also had much fewer products to worry about. But over time, international manufacturing, increasing designs and their complexity have led to a lesser understanding of product and consequently it’s increasingly easy objectification.

But now that the internet has increased communication and is making the world smaller we have a much better chance to check, research, learn and understand product to make positive choices.

Ultimately objectification is self serving, reducing empathy and awareness. As such, if we continue objectifying there is little hope that we will put anything before our personal gratification, not animals, not the environment, not our health, not people.

For this reason its important for designers and brands to take the lead, to design more conscientiously and transparently, offering consumers more product insights and positive purchasing choices. To elevate and promote more aspects of design besides aesthetic, price and short term user function. To encourage the development of a better, broader and more aware culture.

Understanding is key to making positive choices, wouldn’t you check all the ingredients in food for your baby, want to know everything about your partner? The same goes for all product, to make positive design and consumer choices we need to know more and communicate more. Reform is possible, but we must look deeper and see product as more than just an object to use.

Just like a parent, or partner, the more important and influential a brand is, the greater it’s responsibilities are towards it’s consumers and the environment.

Because brands and designers are the new creators of culture. Increasingly shaping social trends, its in the brand’s interest to help develop a sustainable culture that can flourish and thrive. Because all social and environmental crisis will ultimately reduce revenue and negatively affect mainstream brands.

And without more critical product thinking we will unfortunately continue encouraging a culture of simplistic stereotypes, objectification and neglect.

Let me leave you with one final analogy.

Consider the earth, our home and life source as a complex living organism, like a human body. It’s rivers are like veins, the soil like the liver and the forests as lungs. Can you see how too much contamination could lead to an environmental Septic Shock, organ failure and death? Sexy product sells, but can it be considered healthy if it’s focus on superficial aesthetic design promotes objectification (a disregard for reality and the health of the natural environment)? Could it be argued that every sexy product that pollutes the environment is like one more STD bacteria to the human body, the result of a fleeting moment of passion and a disregard for consequence.

Product Objectification and the pollution that stems from it, is threatening the environment, nature’s systems and jeopardizing our future on this rock we call earth.

“I will not leave my country smaller, when I die, but greater and better” – Ephebic Oath

EDIT – Reading Martha Nussbaum’s essay titled Objectification it seems that objectification is related to the replaceable nature of something. Implying that the more we have, the more we can replace, the more we take for granted, stereotype and objectify things. She compares the disposable nature of objects like a ball point pen to a painting by Monet. Though I think her theory seriously challenges established profitable commercial and industrial models based on high volume production and consumption, I see no reason why those models cannot be evolved and still remain profitable.

Based on her theory I see 2 main ways to reduce pollution:

1. For designers and companies to factor into their designs powerful environmental design solutions that aren’t reliant on sustainable consumer behavior, because high consumer consumption isn’t conducive to rational and sustainable thinking.

2. For designers and companies to encourage cultural change by transitioning to a business model of high quality product, less disposable product, with fewer sales, but higher profit margins.

What’s more Martha Nussbaum makes a good case that the simplistic nature of objectification leads to a social decline  through failure of imagination and morality. She also touches on age old debate of Nature v’s Nurture with regards to objectification. Analyzing Kant’s analysis of sexuality where sexual desire and pleasure can cause sensations so strong that they inhibit all other thoughts, and MacKinnon/Dworkin’s theory that objectification is learned. I think its most likely a combination of the two.

An interesting lecture by John Rector about the Spectrum of Objectification and Plato’s Cave.

One comment on “The Objectification of Product and it’s Social, Environmental Threats – EDIT”