Ghost Cubes and the Rest

Posted by Markus on June 28, 2016
Posted in: Architecture, Footwear, From and Surface, Inspirational. Leave a comment

I’m not sure yet how I will apply my new Ghost Cubes to inform my new designs, but I haven’t come across anything quite as inspirational for years!

Ghost Cubes seem like a really new trend, which I have no doubt will explode this year and next.

Its worth mentioning that the most radical designs seem to have been invented by a very young Vietnamese designer called Thắng, his company is called Virust Cube.

I’m thinking Architecture; as in a small house in the forest, or a footwear midsole design and new upper geometries!

For further reading, other notable and earlier cube designers include Tony Fisher and also Anthony Greenhill.

Many years ago I also did a post reffering to similar radical geometry cubes on Frédéric Platéus A.K.A Recto HERE

Posted by Markus on January 28, 2016
Posted in: Crafts, Environmental Intelligence, Fashion, Footwear, From and Surface, Uncategorized. Leave a comment

It’s my first Huarache design and took me many samples to fine tune, mostly because soft woven leather surfaces don’t like to keep their rounded shape (this footwear is unlined). This I learned also depends on the last shape and the weave angle. My first last supplier lost patience threw in the towel after about 6 rounds of revisions, I revised the weave angle in about double that number of samples and will post photos of each unique iteration soon, pointed lasts, textile strips etc.

Its taken me over 1 year to get to this stage, not only because of sample making (these Huaraches really are woven from one single continuous weave), but also because I also source only the best materials myself. Walking the surreal tyre recycling neighborhood in North Guadalajara to find a supplier for a 5mm recycled truck tyre sole, to finding the softest leather, tanned in a drum with Acacia tree extract and water solution. The last 2 years have been one long treasure hunt and how many tales I have to share. Now all thats left is some grading for other styles, QC, negotiating pricing and production schedules. 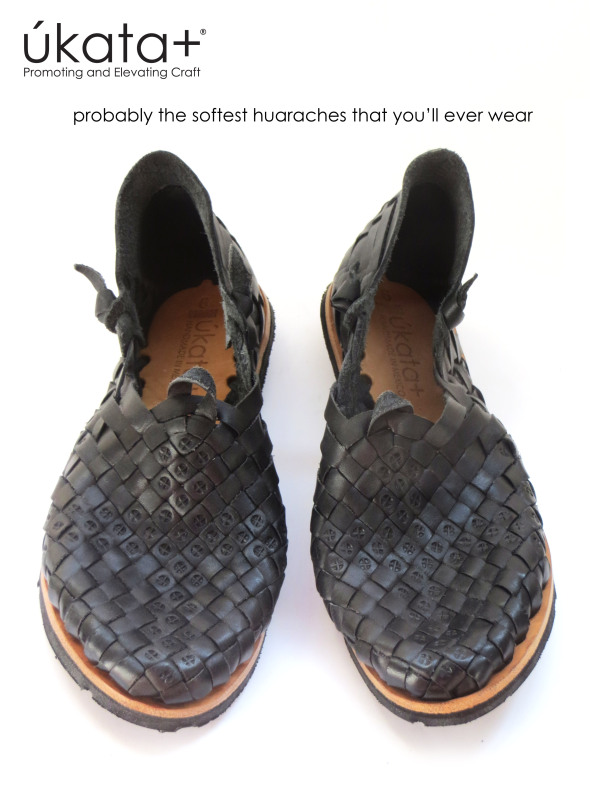 The úkata+ Oaxaca Huarache last was designed especially for an anatomical barefoot fit with no heel, its unique shape also allowing the soft leather weave to expand evenly to accommodate even wide feet comfortably with no pressure spots, or ugly sudden changes in appearance of the weave.

I included some traditional and sometimes forgotten features that make Huaraches better; a lasted the heel for a better fit, that is also taller and easier to grab when putting on the Huaraches and of course the hand carved symbols traditional on Oaxacan Huaraches.

And from the same woven strip of leather I also added a loop as part of the upper weaving sequence, to easily put the Huaraches on quickly.

Posted by Markus on August 26, 2015
Posted in: Design Theory, From and Surface. Leave a comment

In this quick and nerdy post I would like to share and I suppose also celebrate an interesting shape that I learned about today, that is not only beautiful and dynamic, but can also be tiled without leaving gaps, or overlays.

Its intuitive to understand how the more sides to a shape, the more difficult it is to tile without leaving gaps, or overlays.

Pentagons having one side more than a square are quite difficult shapes to tile, and since 1918 only 15 different irregular shaped variants have been identified. 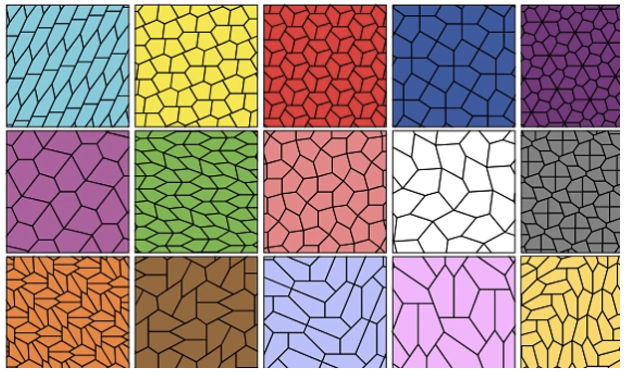 And only as recently as last week, Casey Mann, Jennifer McLoud and David Von Derau of the University of Washington Bothell announced that they had discovered this 15th irregular variant.

Irregular pentagon tessellations, or tilings should not be mistaken with semi regular variants like the Cairo Tessellation, named after the tiling in the streets of Cairo. 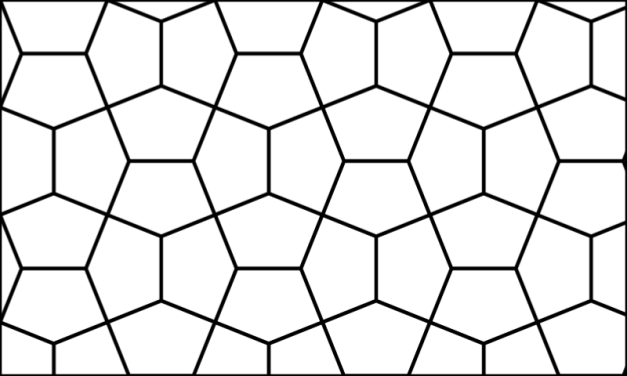 And so far only three types of identical irregular convex hexagons have been discovered that can tile a plane, and no convex heptagons, or octagons.

For more further reading please search for “tessellations” in the search bar on the right side of the page, or check an old post titled Structural Tessellations and Morphologies HERE

Posted by Markus on June 21, 2015
Posted in: Culture, Design Theory, Environmental Intelligence, Footwear, From and Surface, Technology. Leave a comment

A few years ago I developed BioWeb TN (Technical Nutrient), a concept of a 3 part athletic shoe that could be separated in 3 parts for easy recycling. Except the molded cage upper structure would mean very high mold costs.

However recent weaving innovation makes it possible to create a an external structural cage that is woven instead of molded. A Knit upper could also allow the Knit part to be turned inside out for use on the opposite foot. What follows is a partial explanation of how the Modul-R modular woven footwear construction concept works.

A few years ago I also discussed the book Cradle to Cradle by Michael Braungart, William McDonough and Stephen Hoye.

Soon after Nike released the advanced manufactured Nike Flyknit Racer and Adidas the Primeknit. Today this kind of  knitted and environmentally positive upper construction has already been adopted by many companies around the world from Puma to Skechers and its rumored that the biggest Atheltic footwear companies are now building knitting facilities in the USA to manufacture athletic footwear locally.

But what about the recycling aspect?

If a knitted shoe is more environmentally friendly in the production stage, what about its disposal phase? Because currently knitted footwear, like all shoes cannot be dismantled into separate parts for recycling.

How can knitted construction be applied to make footwear even more environmentally friendly?

With an easily resolable, recyclable, or biodegradable DESIGN similar to this:

Where the upper is partially made from a knitted cage similar to the modular Nike ZVEZDOCHKA design by Marc Newson.

This mechanically constructed concept not only requires little, or no glue, but is also WITHOUT the EXPENSIVE MOLD COSTS of injected/automated footwear construction and is relatively fast, simple and high tolerance/quality product to manufacture. The precise details of the mechanical attachment I am not disclosing because they are key to the realization of the design, but there are 3 different attachment methods that can be used.

A “Flat Pack Shoe” also allows for lower shipping costs and retail storage, like IKEA furniture, except the upper and sole are sold separately.

And it could almost eliminate factory assembly costs, as the retailer would assemble the shoe instead at no cost!

A truly disruptive innovation in labour cost reduction, would the factories even allow this? I think its is also how Henry Ford would probably have done it.

And like a candy store, or ice-cream parlor, the customer selects the upper style and colour and it gets connected/constructed in store by retail staff 🙂 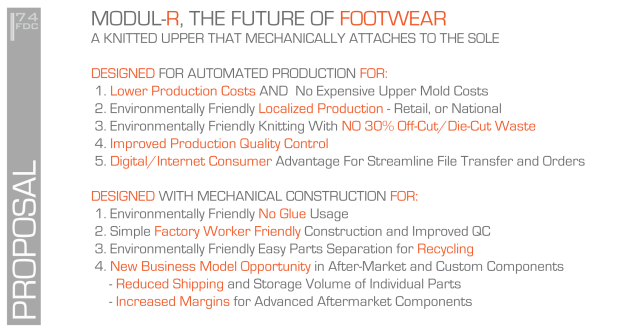 A final commercial design of snap to fit construction would also allow for a new aftermarket footwear components market to develop.

It could also promote local manufacturing, for example weaving your custom upper at a local retailer. Or better still downloading it from the internet, or a file sharing website and custom hacking/modifying it before weaving!!

Posted by Markus on May 16, 2015
Posted in: Fashion, Footwear, From and Surface. Leave a comment

Following various posts about dynamic graphics it was exciting for me to see this become a reality on the NIKE Hypervenon Phantom.

Inspired by .gif moving images, for some time I have been fascinated on how how to add a motion aesthetic into footwear design. But I have been quite unsure how to print a .gif onto a shoe upper.

It seems that Nike have almost figured it out using Thermochromic Inks.

Thermo sensitive dyes also known as Thermochromic Inks were first used in fashion about 25 years ago. And some of you may remember Global Hypercolour clothes that changed colour according to the body heat of the wearer.

And last but not least, a couple of examples I did over a year ago in April…more in the links above

Posted by Markus on May 12, 2015
Posted in: Crafts, Design Theory, Fashion, Footwear, From and Surface. Leave a comment

Yes, the colour of the leather naturally darkens with exposure to sunlight and air. So like a living organism you can actually tell how old the shoes are as they age/grow together with you.

This is not a new concept, Louis Vuitton collectors will look for dark patina finishes that reflects the products authenticity and quality…and not just Louis Vuitton.

And it seems this fascination with the changing appearance of shoes is also shared by other brands also making shoes in natural colour vegetable tanned leather.

The Jordan IV by Hender Scheme 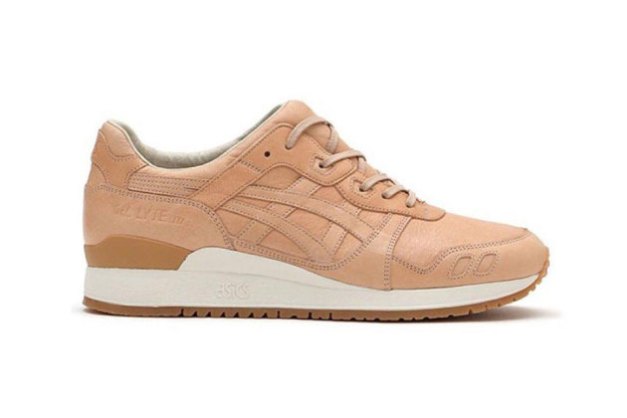 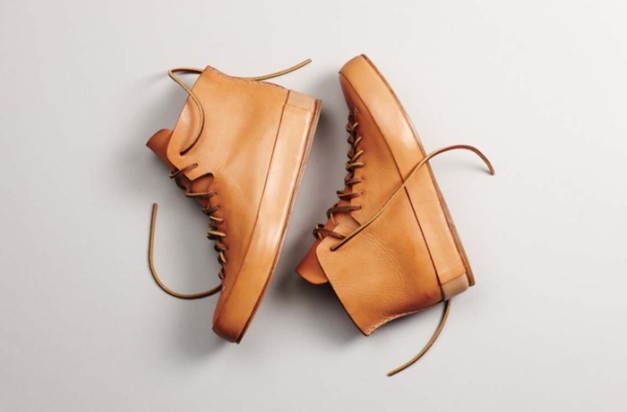 And of course my úkata “Cien Clavos” Huaraches by Huaraches Martínez

For more information about Huaraches check out:

And if you REALLY feel adventurous and want to see how vegetable tanned leather is made by hand..

…check out my extensive and EXPLICIT post on Artisanal Tanning HERE

Posted by Markus on April 30, 2015
Posted in: Culture, Design Theory, Fashion, Footwear, From and Surface. Leave a comment 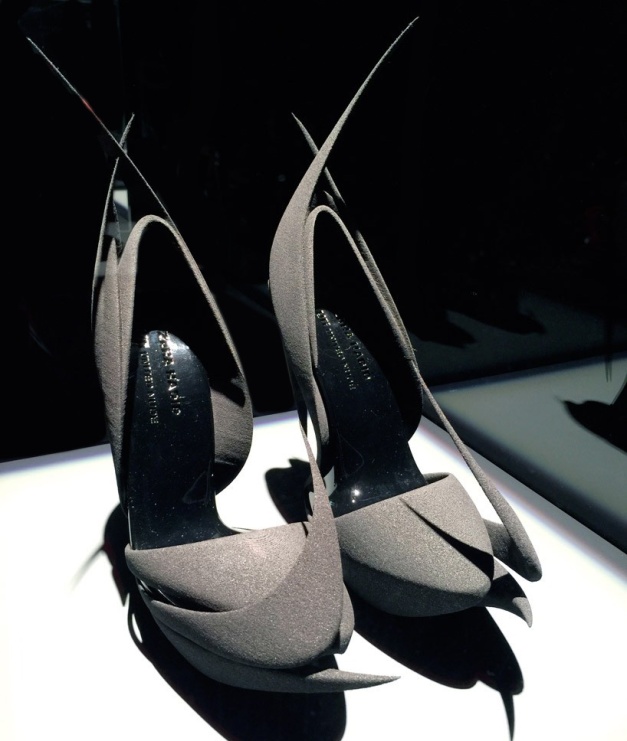 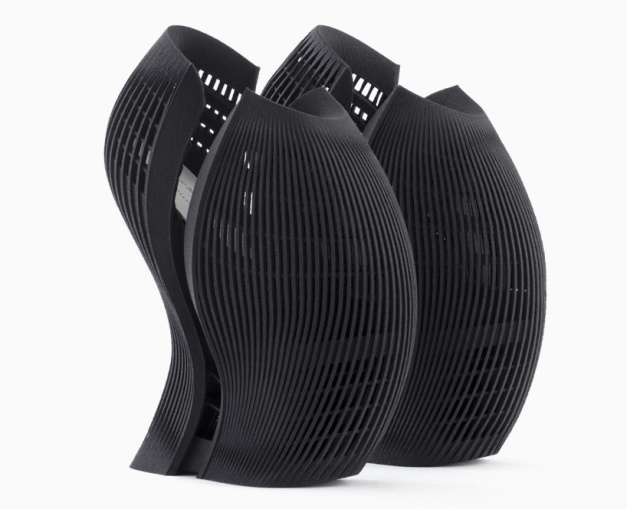 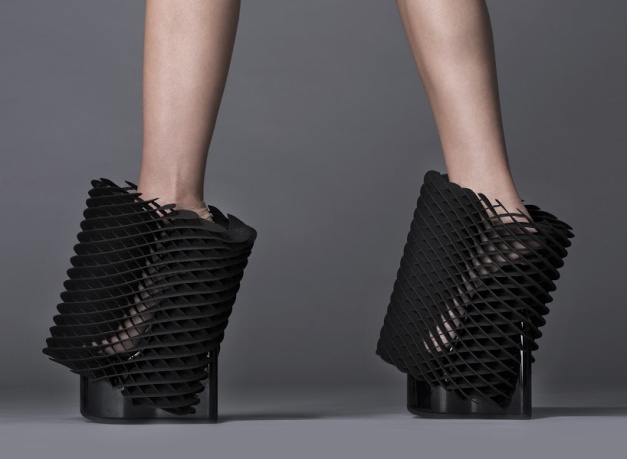 For more posts on 3D printing and footwear checkout:

Posted by Markus on May 31, 2014
Posted in: Art, Design Theory, Fashion, Footwear, From and Surface. Leave a comment

The concept is simple enough..dip your foot in a liquid, let the coat dry and create a product that protects your feet.

Introduced at the Milano Salone Satellite 2014, the Fondue Slippers concept designed by designer Satsuki Ohata is made of PVC.

Although molten PVC has a temperature of between 200-300 C, Satsuki Ohata is developing a kit to make the slippers safely at home. 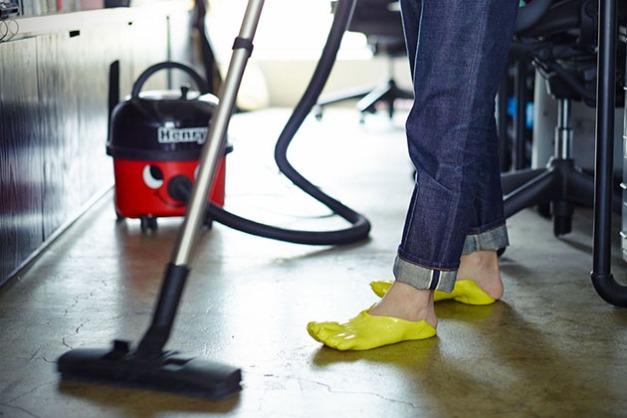 Posted by Markus on May 14, 2014
Posted in: Culture, Design Theory, Environmental Intelligence, From and Surface. Leave a comment

I’ve always been captivated by the airplane views of desert rivers in the US South West and Californian Freeways. The flow of red dotted headlights, like blood cells flowing along the city’s main concrete arteries. Humans traveling from place to place and like cells bringing oxygen to the economy. The orderly flow of thousands of people along a sprawl of channels, winding chaotically through the city.

When I come to think of it, channels and flow a probably one of the most important visual metaphors of life and artists like Hubert Blanz, Peter Andrew and Christian Stoll have picked up on this.

Expressing with their work something of our complex and sometimes dizzying personal journeys. 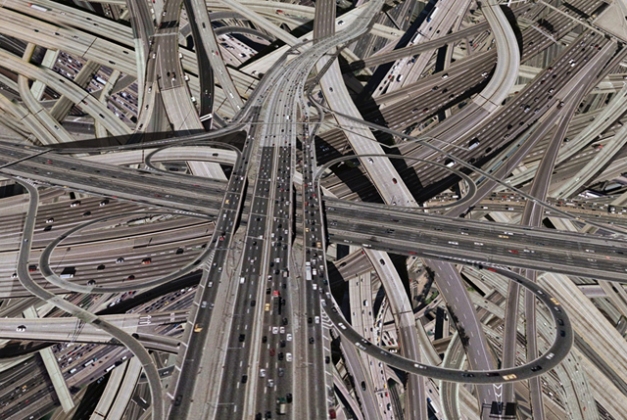 END_OF_DOCUMENT_TOKEN_TO_BE_REPLACED

Footwear as a Window to your Racing Heart

Posted by Markus on April 22, 2014
Posted in: Footwear, From and Surface, Inspirational, Running, Technology. Leave a comment