Posted by Markus on May 21, 2012
Posted in: Art, Design Theory, Footwear, From and Surface. 5 Comments 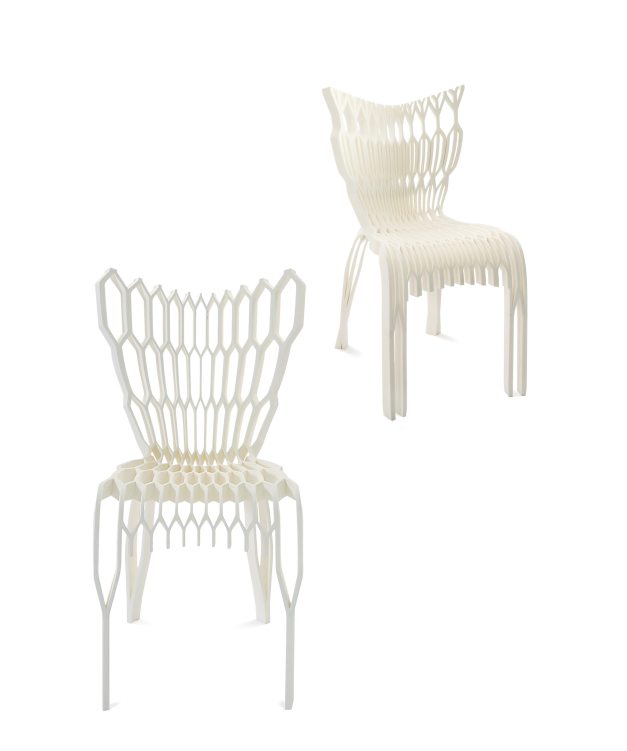 the furniture of Dirk Vander Kooij at Milan Design Week 2012 and the experiments on Makerbots, rapid prototyping techniques are increasingly making their way into the manufacturing side of the creative process. 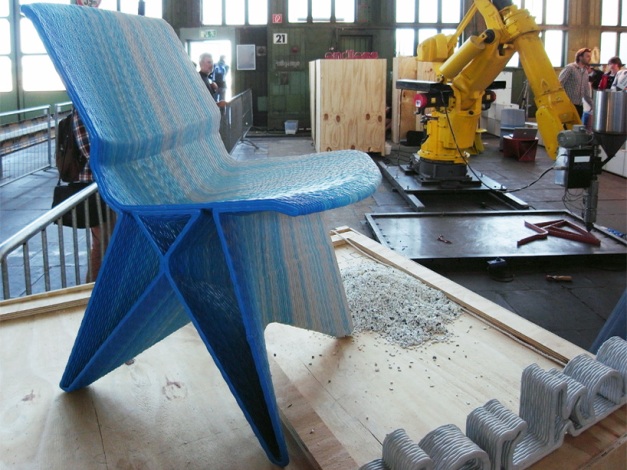 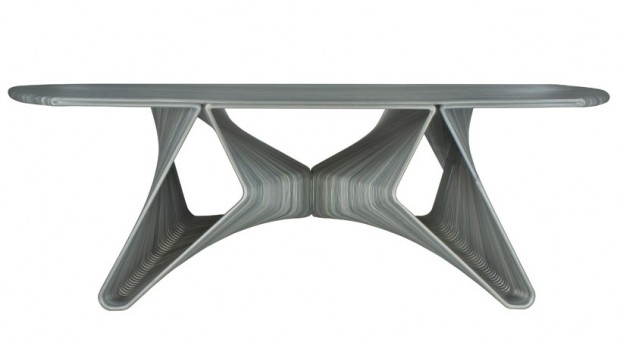 Not only, but 3D printing resources to manufacture personal digital designs are also becoming more available to the public through advanced replicating machines like the Makerbot and a number of online manufacturing services like d-shape.com. Services that can even create shapes up to 6 cubic meters using a stereolithography 3-D printing process using sand and in a wide range of materials from nylon to stainless steel as offered by shapeways.com.

Although 3D printing for manufacture seems like a new concept innovation, it began being used in the early 2000’s thanks to ‘Mathematical Artists’, creating and selling complex 3D Sculptures also known as Printer Art.

10 years on, although 3D printing for manufacture is still in it’s infancy, the advanced Printer Art reveals a glimpse of its incredible potential. Should 3D printing  for manufacture become commercially viable, the only industrial limitations to any mass produced form language will be the designer’s imagination and the modeller’s skill.

3D printing, where art meets industry, where craft meets design. Elevating the performance and expression of footwear with new geometries and form languages.

What follows is a brief visual overview of some of today’s modern artisans.

Inspirational Printer Artists who use sophisticated computer software to create designs so complex that they can only be made by 3D printing. Maybe you too will also be able to see the beginnings of some new and incredible sole designs for future footwear.

Having studied under Erwin Hauer at Yale University as a mathematics undergraduate, Bathsheba Grossman was one of the first 3D Printer Artists, developing sculptures with computer modelling software and 3D printers. 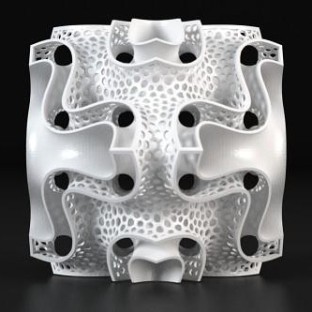 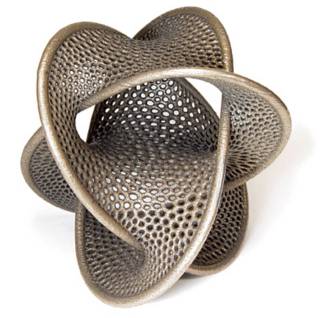 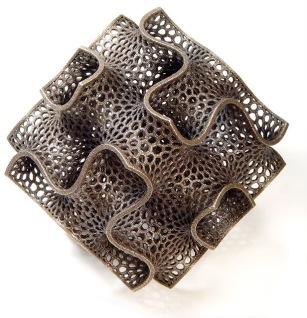 Digital Sculptor Dizingof, is a leading researcher in 3D printing and Mathematical Artist. 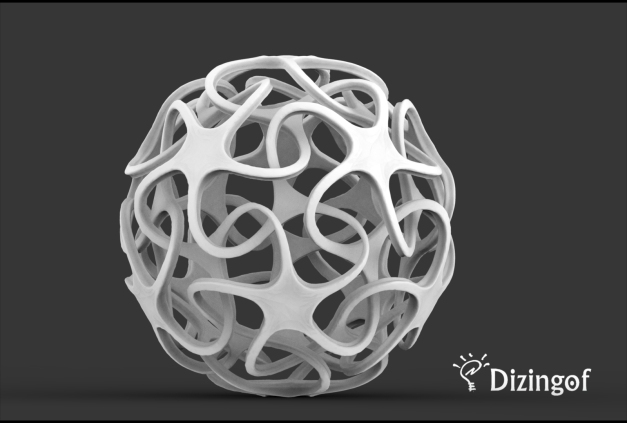 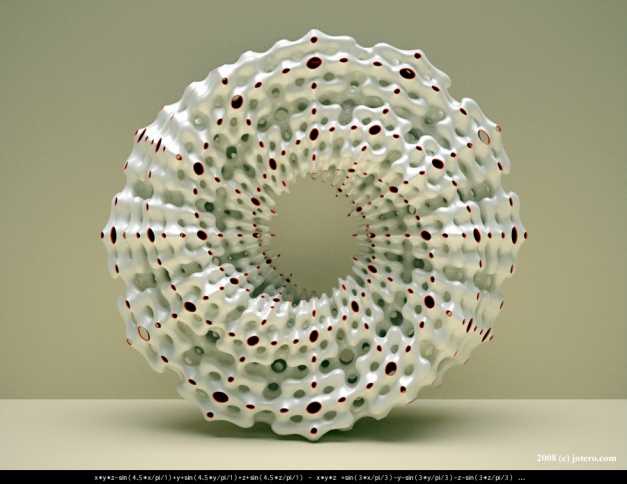 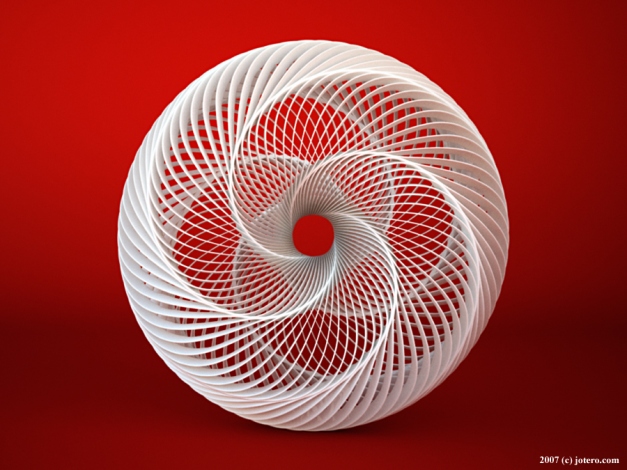 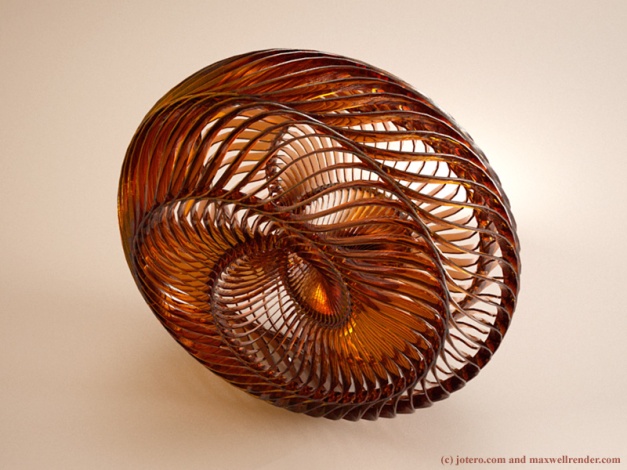 Maybe following the lead of these incredible Mathematical Printer Artists, designers and maybe even consumers will one day be able to create new and complex sole designs for footwear.

I believe that the emergence of 3D printing as manufacturing solution is also a result of the craft trend which has been gaining momentum in the last five years. A form of individualized production that offers alternative and personalized products to create an equilibrium in a culture of high volume, homogenized design and which can reduce distribution overheads and related pollution.

With 3D printing as a manufacturing solution we could be witnessing an evolution of craft. Also known as “Digicraft“, it’s integration with industrial processes could mark the beggining of an “Industrial Craft Revolution” and a new manufacturing paradigm.

But also the emergence of regional/local for local production systems, and new opportunities for the reduction of pollution.

Check out another post of mine titled “Printed Footwear Soles – Consumer Controlled Design Geometry” which discusses how on the online order page of the company website, using a dial the consumer will be able to personalize their own sole or upper geometry.