Posted by Markus on January 21, 2020
Posted in: Uncategorized. Leave a comment

Ever since the introduction of Grasshopper 3D modelling algorithm and the “Internet of Things”, I have wondered how long before a “slidebar” design approach would also become an key part of the footwear design process.

As far as I know Designer Zixiong Wei has been the first to try it on footwear. His video provides a first glimpse of what I believe will be the future footwear design process and interface.

If this is the first time that such a thing has been done, I think could be one of the most significant moments in the history of Design.

Posted by huaracheblog on April 6, 2019
Posted in: Uncategorized. 1 Comment

Follow My Story…and what on earth is a Peredvizhnik?

For anyone curious about the unusual life of this Footwear designer, check out my Instagram page HERE

I have recently moved to live in Russia and the inspiration here is incredible.

One inspiration being the word “Peredvizhnik”, which has 2 meanings, the first which is wanderer and the second to name a small very interesting group of Russian artists  in the 1860’s who formed a group called the”Peredvizhniki” to protest against the conservative artistic restrictions in Russia at that time.

The Peredvizhniki also made traveling art exhibitions hence the name “wanderers”, to give people living in the provinces the chance to appreciate and learn about art. 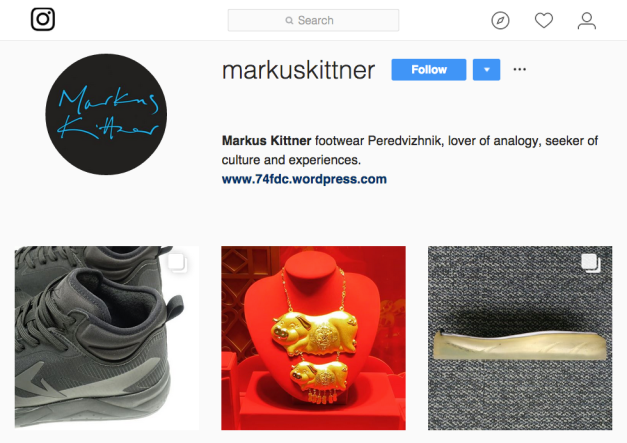 Deviance in Sport – Not Just a Rebellious Nuisance, But Also an Agent of Change…and the rest

Posted by Markus on June 3, 2018
Posted in: Culture, Fashion, Footwear. Leave a comment

I’m not sure where I’m going with this post yet, its still just a forming hypothesis, but there seem to be some interesting elements coinciding which I would like to share.

Firstly the words “Deviance” and “Sport” which till now have seemed to me like contradictions, but the more I learn about sport the more they appear to belong together.

Just like “sex, drugs and rock and roll” in music, it seems that the most brilliant artists and athletes must live on the edge to perform beyond the conventional.

While “Deviance” may seem like a pejorative word, you could say that nonconformists are deviant, simply for choosing alternative unconventional ways to express their talent.

The book “Deviance and Social Control in Sport” by Michael Atkinson and Kevin Young also explains how some people are resistant to mainstream/institutional sport which they see as too limiting, exclusionary and authoritarian.

Then consider that innovation and new design are also often deviant, new paradigms are deviant , if nobody was deviant and strayed from convention by thinking divergently, maybe there could be no intentional change.

As a matter of fact the most disruptive brands have never taken the status quo too seriously.

“Skateboarding is Not a Crime”

Skateboarding is probably the best example of deviance in sport and from which an industry and small economy were created. Which isn’t a bad consequence for a “deviant” counter cultural movement that many less progressive people frowned once upon; sometimes putting up street signs forbidding skateboarding and even attaching obstacles to prevent skateboards from passing. 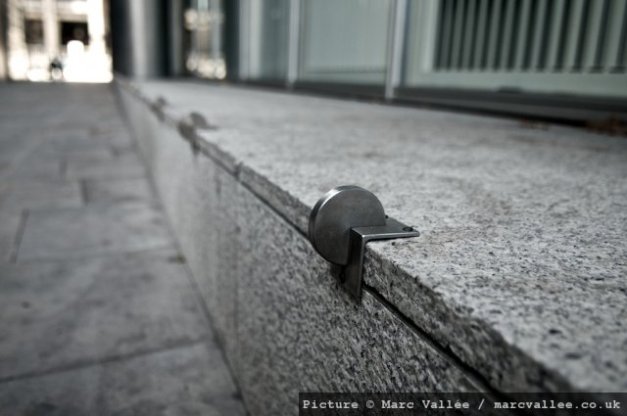 Although “Deviance” can seem a negative word because it means breaking the rules and typically hinders the functioning of a collective group, at the same time it also helps us to question social norms, or moral boundaries and introduce progress.

END_OF_DOCUMENT_TOKEN_TO_BE_REPLACED

The Paper Clip by Sofia Kesidou

Posted by Markus on June 3, 2018
Posted in: Art, Inspirational, Uncategorized. Leave a comment

Sofia Kesidou created a series of works called Paper Clips which explores a banal object as a unique subject. Hundreds of pencil drawings show the beauty and the movement in a simple strip of metal.

In drawing the paper clip, restricting aspects such as scale are lost as the object is presented in a more abstract form. The point was to show and see the beauty of shapes and details in ordinary objects.

I think learning focus on simple beauty is essential and I found this simple project very powerful and stunning. 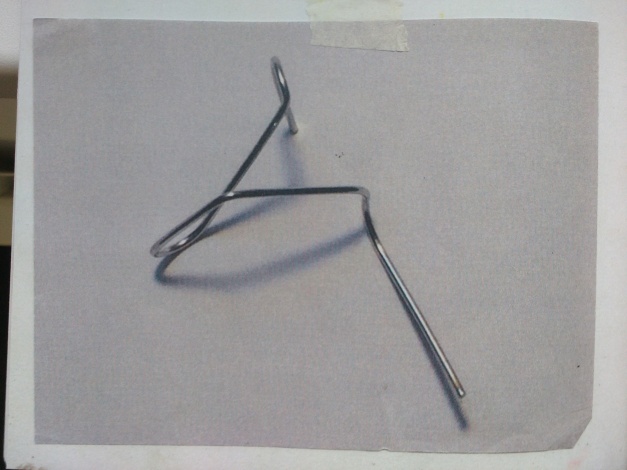 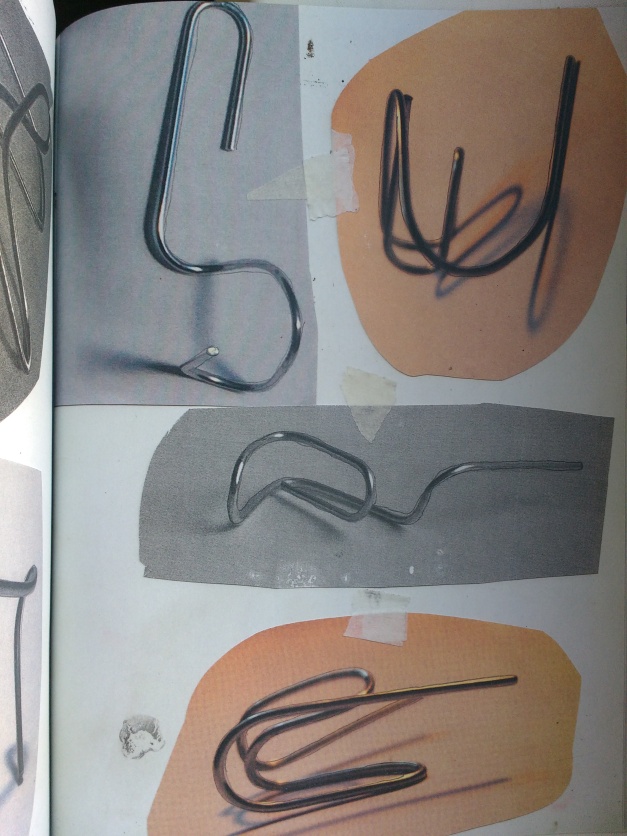 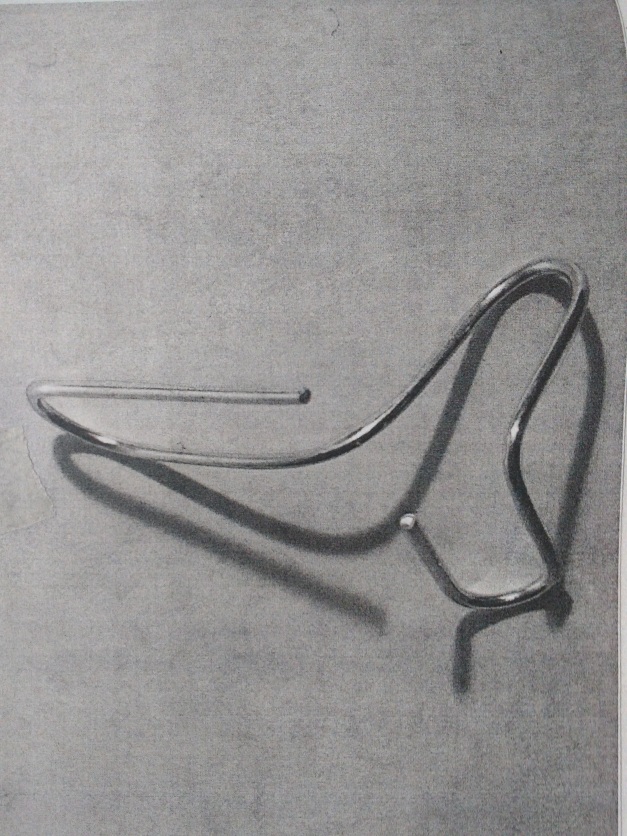 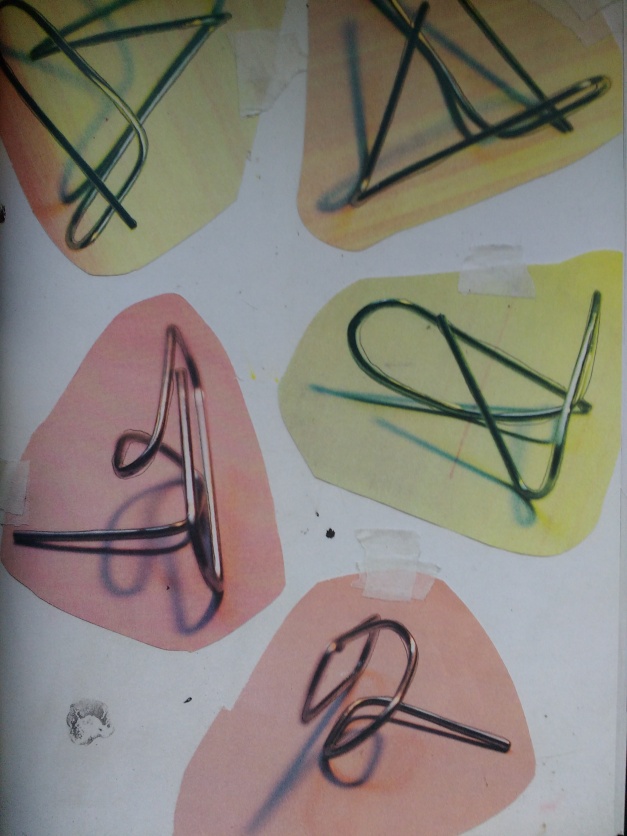 END_OF_DOCUMENT_TOKEN_TO_BE_REPLACED

After just over 2 months my first Huarache exhibition at the MAP museum in Mexico City closed this week.

The Museo de Artes Populares is a very beautiful world class museum dedicated to Mexican Crafts. They are a true patron and I am so grateful for their interest and help.

http://www.huaracheblog.tumblr.com with over 1000 photos of Fascinating Mexican Huarache Footwear.

At long last, I’m very pleased share my Huaraches exhibition at the stunning MAP museum in Mexico City from Feb.28th to May 6th.

This unique exhibition will feature the finest and rarest bespoke traditional Mexican woven footwear.
The most complex leather weaves made by the most talented and few remaining Huarache Artisans.

This exhibition is a dream come true and I would like to thank @map_mexico museum very much.

A Mix of ideas from the Web.

Real Value – What Will Your Legacy Be?

“all profits are not created equal. Those that carry a social benefit are better.” How can your work and your personal skills create more social benefit? The Future is Fungi!

Can a disposable fashion garment, or footwear material made from mushrooms/mycelium have a second life as an organic nutrient?

Five years ago I also wrote about BioCouture and clothes made with kombucha.